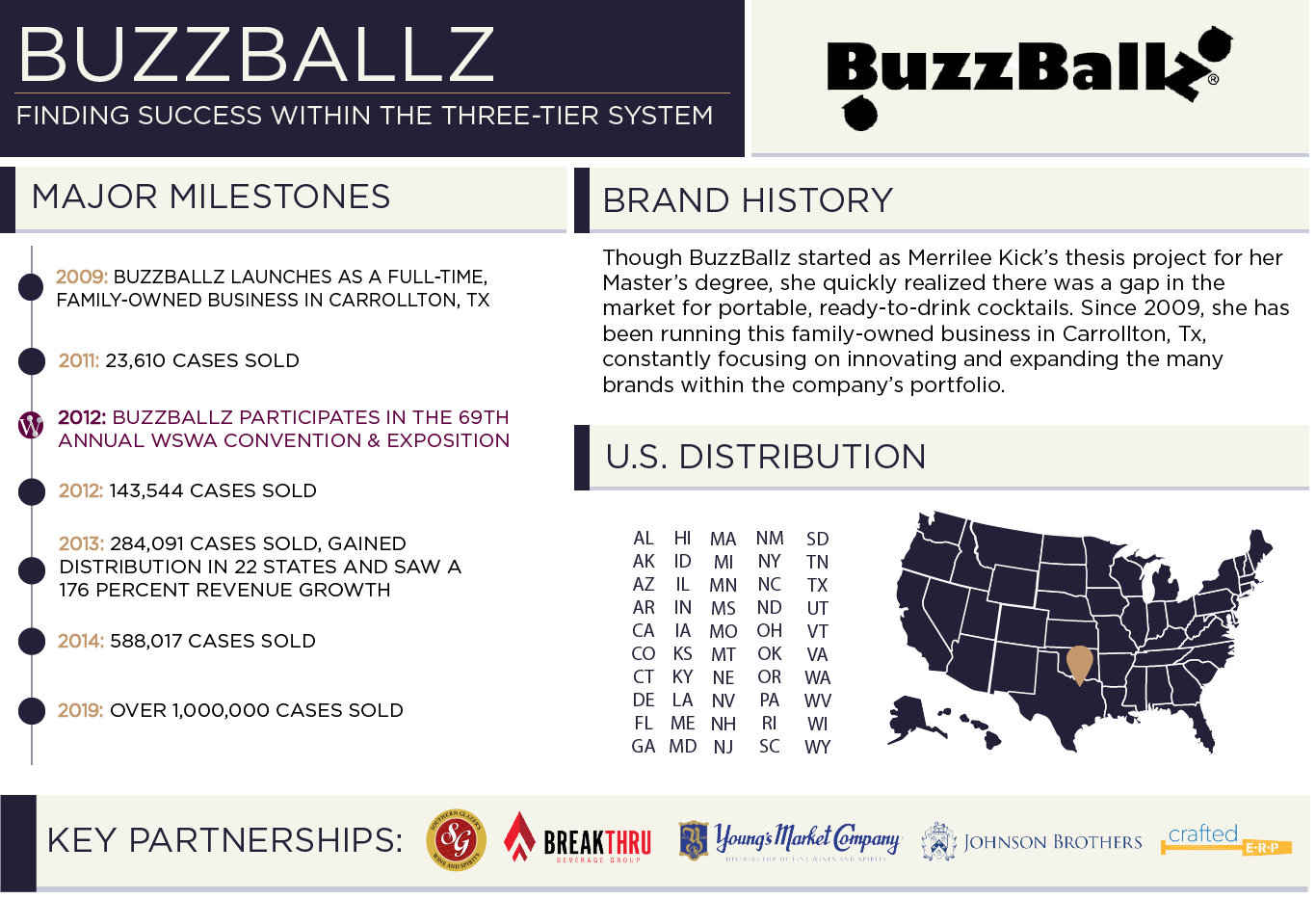 Q: Can you tell us a little about your brand story?

A: Though BuzzBallz started as Merrilee Kick’s thesis project for her Master’s degree, she quickly realized there was a gap in the market for portable, ready-to-drink cocktails. Since 2009, she has been running this family-owned business in Carrollton, Tx, constantly focusing on innovating and expanding the many brands within the company’s portfolio.

Q: Looking back, what are some of the major milestones to your success?

Q: Was there a specific tipping point in your brand story?

A: The flood gates opened in 2013; this is the year that we gained distribution in 22 states and saw revenue growth of 176 percent. We have been on an upward trajectory since that year.

Q: Where are you distributed today?

A: We are distributed nationwide and are constantly working on expanding our international footprint, as well.

Q: Looking back, what were/are some key partnerships to your success?

A: We’re thankful for all of the relationships we’ve forged over the years. Five partnerships that have been impactful for us are Southern Glazer’s Wine and Spirits, BreakThru Beverage, Johnson Brothers, Young’s Market and CRAFTED – ERP.