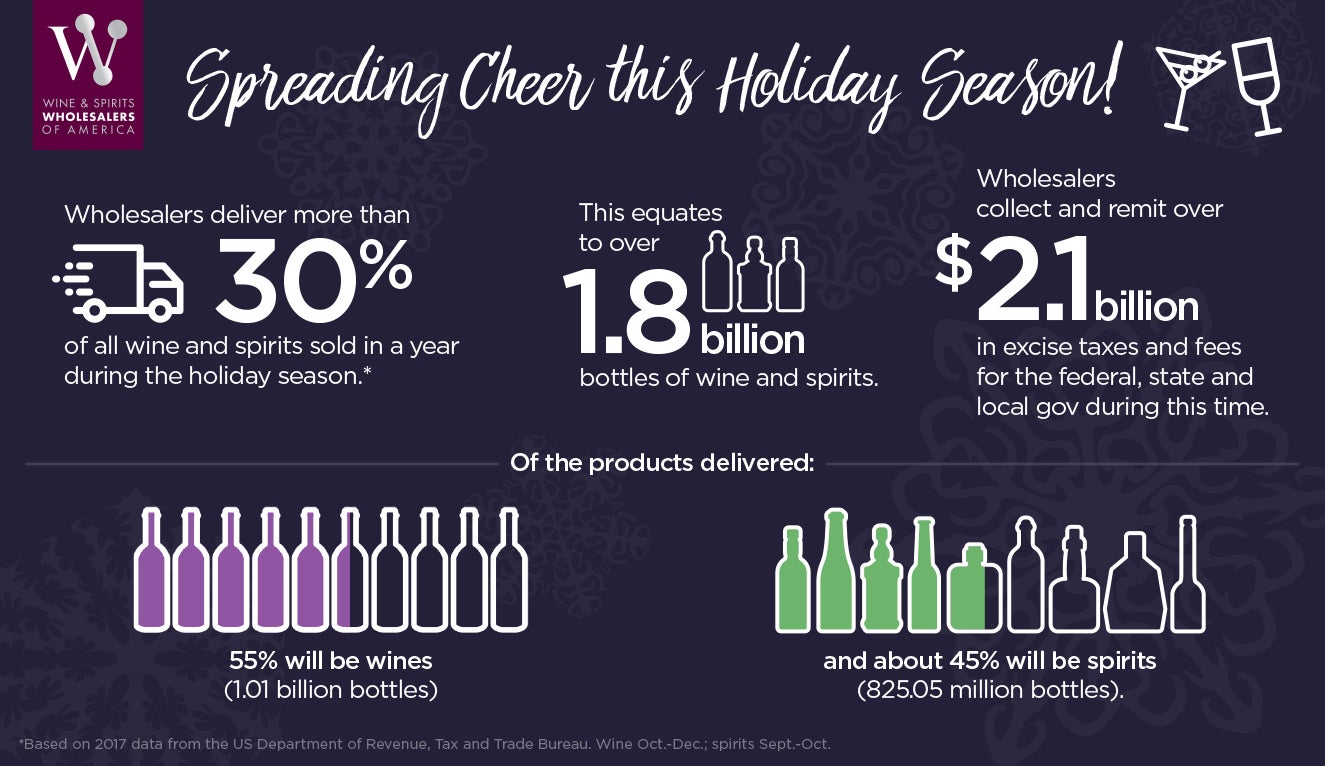 This holiday season, playing Santa Claus to Americans over the age of 21, wholesalers across the country will deliver more than 30 percent of all of the wine and spirits sold annually. Our members have checked their invoices twice, and that’s more than 1.8 billion bottles expected to be delivered to U.S. retailers over the next few weeks.

Of the billions of three-tier compliant bottles to be delivered in the United States this holiday season, 55 percent will be wines and 45 percent will be spirits – 1.01 billion and 825.05 million bottles, respectively.

According to data from the U.S. Department of Revenue, Tax and Trade Bureau, holiday consumption has wide-reaching economic impacts as well. The wine and spirits sold before the new year are estimated to generate more than $2 billion in excise taxes and fees for federal, state and local governments and total more than $57 billion in retail value for local vendors.

“The integral role wholesalers play in delivering the wine and spirits that fill the glasses raised in millions of holiday toasts, and create the memories made over millions of holiday dinner tables, can’t be understated,” said Wine and Spirits Wholesalers of America (WSWA) CEO and President Michelle Korsmo.